Find out more below about our most recent jazz club events, including St Ives September Festival 2022. You just missed these great bands, but never fear - there are more gigs coming soon!

Check out What's On for our upcoming events...
​ 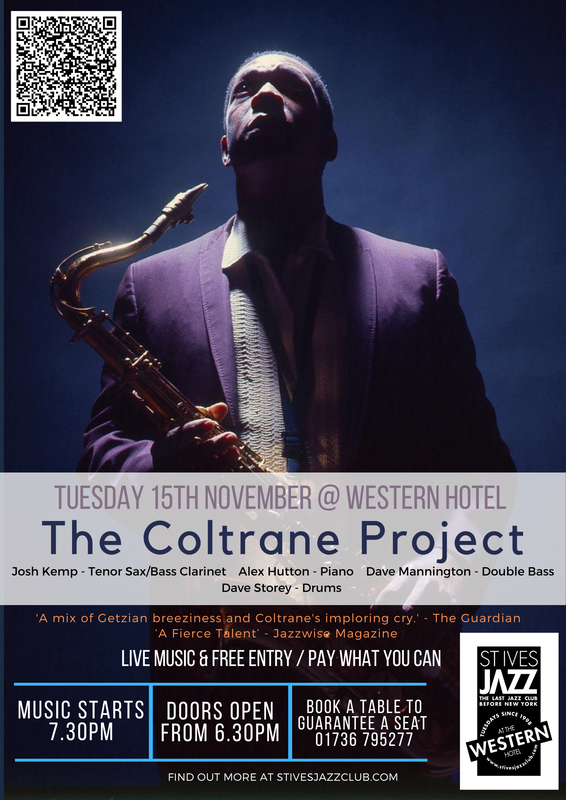 The Coltrane Project: A Love Supreme

This performance is part of a major UK tour exploring the lyrical and spiritual music of John Coltrane, including his masterpiece - the Love Supreme suite. The show is accompanied with video projections to provide a multimedia experience and allow audience to connect with deeply with the music on many levels.

This performance by Josh Kemp’s Coltrane:Project is the result of a deep study of the original material, yielding an authentic yet personal recreation of the Love Supreme suite. The full programme emphasises the lyrical and communicative music of John Coltrane and is accompanied by a video backdrop of images of Coltrane and including real-time scrolling of the words of the Coltrane’s prayer for the fourth movement ‘Psalm’ which provide the basis for the improvisation, and carry the meaning and message of the whole work.


Josh Kemp, is a musician with a unique approach, a rich, melodic and lyrical sound whatever the context. A saxophonist deeply rooted in the tradition, Josh cut his teeth playing jazz standards and the blues is always a central reference in his playing. A unique sound, combining both contemporary inflections and deeply swinging playing has made him a regular at jazz clubs and festivals around the UK, from Ronnie Scotts, to St Ives and Newcastle. As band leader and composer, Josh leads a variety of projects across many styles, united by a common communicative and melodic approach.

Josh is a member of the e17 Jazz collective based in Walthamstow, London. After studying philosophy at Oxford, Josh trained at the Guildhall School of Music and Trinity Laban Conservatoire, winning prizes and scholarships for his playing and studies. Since then he has released 5 albums and completed 4 Arts Council funded tours, including collaborations with Pianist Tim Lapthorn and Organist Ross Stanley. Current projects include a standards quartet with Nigel Price and Andy Clynedert, and work with singers such as Liz Fletcher and Shireen Francis as part of his Sunday night sessions in Walthamstow.

A Love Supreme is Coltrane's masterpiece, a work of deep spiritual power, representing a struggle for purity, an expression of gratitude, and an acknowledgement that the musician's talent comes from a higher source.

A suite with four parts: "Acknowledgement", "Resolution", "Pursuance", and "Psalm", the music ranges from hard bop to modal and free jazz in an epic aural poem to man's place in God's plan. The album's hymn-like quality transcends the normal limits of jazz genre, to allow for an intensely personal and moving communication with the audience.​
Rolling Stone called it a "legendary album-long hymn of praise" and stated, "the indelible four-note theme of the first movement, 'Acknowledgement,' is the humble foundation of the suite. But Coltrane's majestic, often violent blowing (famously described as 'sheets of sound') is never self-aggrandizing. Aloft with his classic quartet...Coltrane soars with nothing but gratitude and joy. You can't help but go with him." ​ 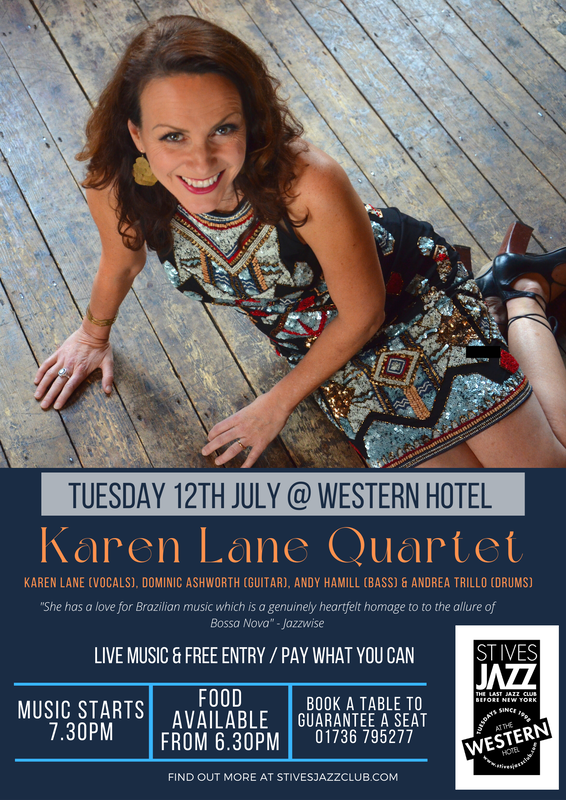 Sensational vocalist and songwriter Karen Lane showcases her passion for the music of Brazil in her own inimitable way on her 6th album PASSARIM -  a unique take on a beautiful range of timeless material singing in both Portuguese and English.
Raised in Perth Western Australia, Lane settled in London around the millenium, quickly establishing herself on the UK jazz scene and attracting the ear of the legendary chat show host Sir Michael Parkinson, who championed her music in several of his broadcasts. Her 2004 Bossa Nova album Taste, was described by leading magazine Jazzwise as:
“So laid back that to listen to it, you risk slipping a disc - delightful. Perfect for those balmy summer evenings - a genuinely heartfelt homage to the profound allure of bossa nova.”
Having launched at Sunset-Sunside in PARIS, Lane has played at world famous venues, including Ronnie Scott's Jazz Club, Pizza Express and Café de Paris in Monte Carlo.  ​
​

​Critically acclaimed British pianist John Horler returns to St Ives Jazz Club to celebrate the music of Bill Evans.
Accompanist for Dame Cleo Laine for 20 years and a former member of Sir John Dankworth’s bands, John has performed with a 'who’s who’ of modern jazz… household names like Art Farmer, Chet Baker, Zoot Sims, Maynard Ferguson, Tony Coe, Ronnie Ross, Pete King, Kenny Wheeler and Tommy Whittle.
But it’s the music - and musicianship - of Bill Evans which has left an indelible impression on John and his career; inspiring him to become a jazz musician: “Embracing the music of European composers Debussy, Ravel and even Brahms, which he welded into his own very special jazz language”; says John… “Even today, Bill Evans is still the most influential figure in my playing… in an inspirational way…”
'A tribute to Bill Evans’ pays homage to the man, the music and the magic of the groundbreaking Bill Evans trio, 60 years on from the pioneering trio’s heyday at the forefront of modern jazz.
Supported by a well-regarded West Country rhythm section, last seen at St Ives Jazz club as a trio back in 2019, this is a priceless opportunity to see one of Britain's most acclaimed and cherished jazz pianists - an   extraordinary, genuine world-class talent - playing the music he loves.
​
​
TUESDAY 17TH MAY 2022
EMMA RAWICZ 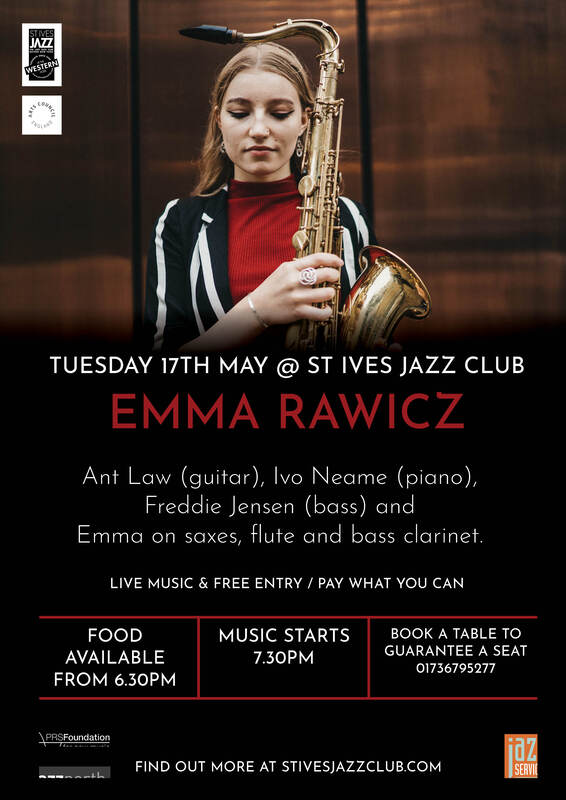 We are delighted to be hosting young jazz talent Emma Rawicz
​at St Ives Jazz Club this Tuesday 17th May, at 7.30pm. 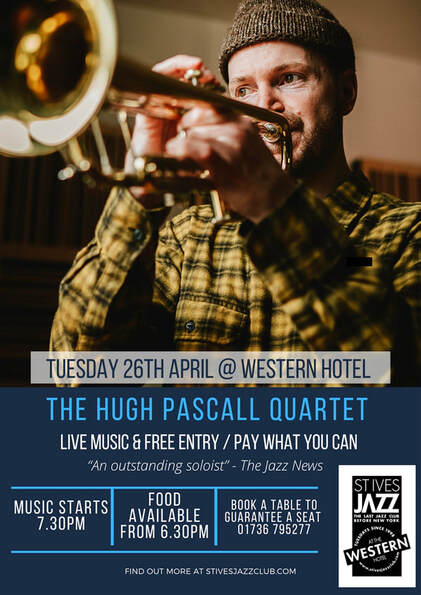 Hugh Pascall tours the UK in April, May and June, presenting new music from his debut album Borderlands with a quartet of star musicians from the UK scene. Influenced by musicians like Freddie Hubbard, Joe Henderson, Wayne Shorter, Tom Harrell, Coltrane and Miles, Hugh’s music is a lyrical, vibrant and modern approach to post-bop jazz. It’s straight-ahead jazz with melody, where swinging, modal explorations are complimented by beautiful, atmospheric and expressive ballads rich in harmony and character. Hugh also brings interpretations of choice standards and tunes in the classic jazz tradition, weaving these into the set alongside music from the new album and other brand new compositions. An award-winning trumpeter and composer, Hugh studied jazz at the Royal Academy of Music and at the Paris Conservatoire and has since developed a highly respected career as a soloist. Recent projects include playing with such luminaries as The Last Poets, with UK legend Tony Kofi’s Inside Straight and rising star guitarist Aidan Pope’s new Octet. His eclectic career has included performances and recordings with a huge variety of artists, regularly performing at festivals and venues across the country and throughout Europe as a sideman. Forthcoming projects include a recording with guitarist Peter Bernstein as a member of the acclaimed David Ferris Septet. Borderlands is his much anticipated first album as Bandleader. For more information please follow this link http://hughpascall.co/ 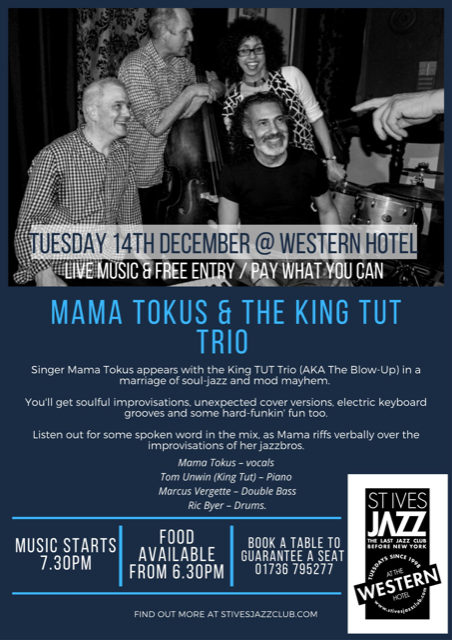